This early work from our team was Originally was created as low-page count comics to promote Pentavis: RPG. It was a challenge and we learned a lot from the process which we have continued to improve upon. There are 5 mini-comics which tell a small story in the midst of a Sons of Earth story-arc. Mini-comics are digitally available from DriveThru Comics.

The first mini-story has a compilation available in Print on Drivethru Comics.

There are scripts for additional comic books with this title. They are be crossover stories where characters from other titles will have adventures together.

Check out our other titles: Solinox and Pentavis Chronicles 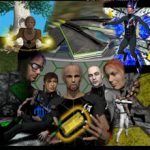 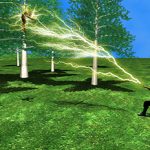 Crew of Hamerand at Table 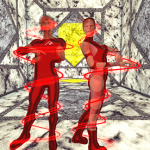