Pentavis began as a role-playing game named Force, in the early 80s. It evolved through the years and has a small following of passionate players. Join us on the social media platform of your choice and get to know them and us. Please sign up for our newsletter.

Pentavis welcomes volunteers. We are still a small company of two, spending most of our free time creating content for this multiverse, with the donated time and skills of others when possible. We love what we do and to us, success is seeing a project to completion.

In 2007, we released our first comic title based on the role-playing game. The comics were small but we wanted to see if we could even put one together with the Computer Generated Imagery software we knew how to use. As you look at our products you will see their evolution as our skills improve. At this time, all of our imagery is rigged for animation in the hopes of creating animated videos and virtual reality content.

Today, we put out full-length titles as quickly as we can. We hope you appreciate the love and devotion we put into our work as we strive to inspire your imagination through Pentavis. 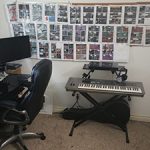 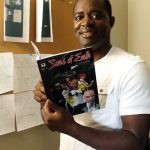 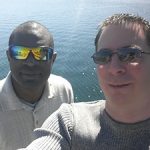 Tony and Ron on Ferry 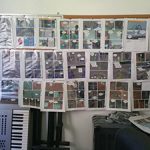 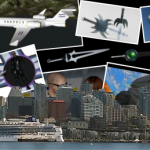